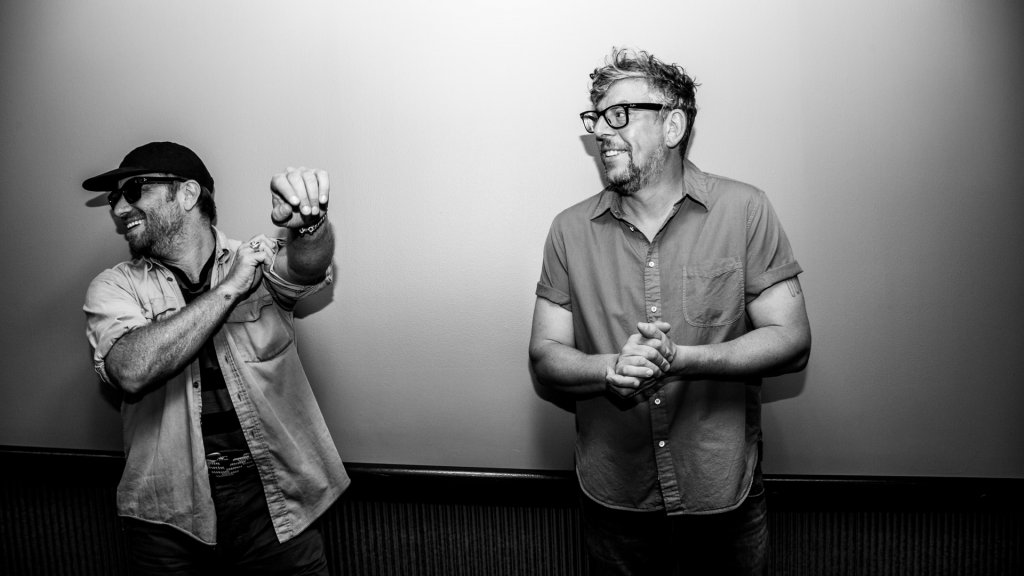 There are some things that don’t need to be overcomplicated, and a Black Keys album
is one of them. For more than twenty years, childhood friends Dan Auerbach and
Patrick Carney have come together in settings ranging from musty midwestern cement
basements to expensive Hollywood multitrack facilities to the kind of tasty custom-built
space where their remarkable new album, Dropout Boogie, was recorded, and there
has been one constant: When these two musicians get in a room together with no
distractions besides their instruments, the songs instantly emerge.
We’re talking about going in with nothing written and leaving ten days later with a nearly
finished album, as with Dropout Boogie. Recorded last year at Auerbach’s Nashville
studio, Easy Eye Sound, it is the best execution yet of all of The Black Keys’ finest
instincts: a ten-track testament to the enduring power of their signature brand of
elemental blues rock. “It was pretty effortless.” says Auerbach. “We didn’t talk about it
ahead of time. We were living in the moment, playing music, and going with our gut the
whole time. That’s always been the beauty of the thing Pat and I do. It’s instant.”
And though they have always prided themselves on that ability to work together
instinctively, they both say that the experience of making their Grammy-nominated 2021
album Delta Kream renewed their faith in their chemistry. The album features renditions
of Mississippi hill country blues songs by artists such as R.L. Burnside, Junior
Kimbrough, and Fred McDowell, with accompaniment from guitarist Kenny Brown and
bassist Eric Deaton, longtime sidemen for Burnside and Kimbrough, respectively. It was
the band’s fifth consecutive top 10 debut on the Billboard 200, and scored career peaks
in several countries, as well as earning them a Grammy nomination for Best
Contemporary Blues Album. “Not only was it a success, but we really loved making it
and we didn't overthink it at all,” says Auerbach of Delta Kream. “And it took one day
and a half to record. We spent more time doing interviews than we did recording the

album. It was a reminder that we have this natural connection, and we can’t take that for
granted. It’s a big part of who we are, and we should dive into the feeling of getting lost
in the first time playing these songs.”
Whether it’s the electrifying jolt of lead single “Wild Child,” the guttural stomp of “It Ain’t
Over,” or the hypnotic blues groove of “Good Love (feat. Billy F Gibbons),” Dropout
Boogie exudes that same sense of ease, and the confidence to mix new ideas with their
classic impulses. “Dan and I never have a preconceived notion of what we want to do,”
says Carney. “But I know that both of us felt like Delta Kream hit a reset button for us.
We were so proud of it and excited by it, and we had made it in just two days. Going
into Dropout Boogie, we had it on our minds that this shouldn't be difficult. I mean, it
shouldn't be too easy, either. But it shouldn't be difficult. And the thing that was different
this time was that when we ran into difficulty with a song, we asked for help.”
Although The Black Keys had previously collaborated with Danger Mouse (including on
their Grammy-winning 2011 album El Camino), Dropout Boogie is the first time they
have invited multiple new contributors to work simultaneously on one of their own
albums. Specifically, they invited two friends of theirs—Reigning Sound’s Greg
Cartwright and songwriter Angelo Petraglia—to collaborate on lyrics and melodies for a
few tunes. “This album comes out a day before the twentieth anniversary of our first
record,” Carney notes. “And in that time, we've learned that there's a lot to be gleaned
from asking for the right help.” Auerbach agrees: “It was a real hurdle for us, in the
beginning, to let people into our world. We never worked with anybody. We never got
any outside opinions until we started working with Danger Mouse. And part of it was
because we were scared. I think it just took time for us to be able to open up to other
people.”
Auerbach says the band’s move to Nashville is a huge part of the Keys expanding their
world. Both he and Carney have thrived as producers since the move, with Carney
producing albums by Michelle Branch, Tennis, and Calvin Johnson, among others, at
his Audio Eagle studio and Auerbach producing for Shannon Shaw/Shannon & the

Clams, Yola, Dr. John, and many more at Easy Eye Sound, which grew to include a
record label in 2017. “Moving here, I realized that it was a real gift to find other people
that you gel with, because that human element is what makes things special,” says
Auerbach. “There are so many incredible people in this town who have dedicated their
whole lives to music—it's just inspiring as hell. And Angelo and Greg fall into that
category. They’re obsessed with songs. I mean, Greg doesn't go anywhere without a
box of fucking 45s. They live for music, just like we do.”
They also collaborated with legendary ZZ Top guitarist Billy F Gibbons for the song
“Good Love” —a perfect example of how instinct, synergy, and collaborative spirit
propelled the album. The Keys had invited Gibbons to the studio just to hang out, but it
wasn’t hard to coerce him to play. They simply mentioned that Auerbach had
Mississippi Fred McDowell’s Gibson “Trini Lopez” guitar and suggested Gibbons try it
out. “It’s a completely different guitar than he normally plays, but he picked it up,
plugged it in, and turned it up, and instantly sounded like fucking ZZ Top,” Carney
enthuses. “We sat there and jammed for like forty-five minutes, and we probably could
have pulled three or four songs out of that jam. But ‘Good Love’ is basically a four-
minute section of our jam. We added some bass and vocals, but the bones of the song
are exactly as we improvised them. And that's kind of how most of the shit happened.”
Says Auerbach: “What Pat and I were going for, and what we tend to gravitate towards,
is music that is off-the-cuff and that lets it all hang out, warts and all. We like a little bit of
slop. It has to be in there.”
Another of Dropout Boogie’s standout tracks, “It Ain’t Over,” originated when Carney
was messing around with his vintage Optigan, an organ made by Mattel in the ’70s that
used optical discs with different pre-recorded grooves. “My uncle Ralph showed me his,
when I first went to visit him in San Francisco,” says Carney, referring to his late uncle
Ralph Carney, a highly respected multi-instrumentalist who played with Tom Waits,
among others. “Ralph had made a song called ‘Backwards Werewolf’ using the Optigan,
where he put the disc in the machine upside down and it played the groove backwards.”
Carney applied a similar concept for “It Ain’t Over”: after building the song’s initial layers

onto an Optigan groove, he had the engineer reverse the entire thing. “And then Dan
came in and instantly grabbed the bass and redid the chorus and added guitar, and we
added percussion. And the track was built up in four or five hours.”
It may be pure coincidence that Dropout Boogie’s release comes one day before the
twentieth anniversary of their debut album, The Big Come Up, but the symbolism isn’t
lost on Carney and Auerbach, who cherish their history together. Even the title of the
album is a celebration of their roots: “The title Dropout Boogie comes from a track on
Captain Beefheart’s Safe As Milk. That was one of the first albums Dan and I bonded
over—it was the first record that we were both into that nobody else we knew was into.”
Reflecting on Dropout Boogie’s connection to their early days, Auerbach says: “I don't
get back to Akron much. But when I sit down and play with Pat, I'm instantly transported
to a basement in Akron. And it’s a really good feeling. It’s the natural chemistry Pat and
I have. Being in a band this long is a testament to that. It was a real gift that we were
given.” Carney agrees: “After twenty years of making music together, we've made an
album that we think is one of our best and we had more fun making it than any of the
others. We’ve each gone through our shit, but none of the other stuff matters. I feel so
detached from anything but the music.”